By Danni Stone - September 09, 2016
As I have been focussing on movie making for the last few weeks (and struggling) I have had to become quite resourceful in fixing some of the problems that we have encountered. I have discovered a few tricks that can save you in an emergency! 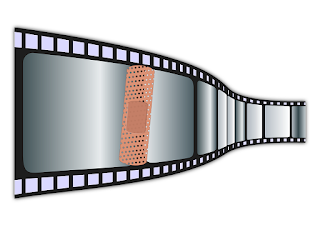 Angles
It was really easy to focus on the action live rather than what the camera was picking up. Fortunately, my script writers thought carefully about the camera angles when planning the movie to ensure that we had a variety of shots. We also became quite inventive with our use of the camera. My table top tripod came in handy here and we were able to place it on the floor, on top of a playground and on top of a wheely chair which proved to be particularly effective.

Out of desperation I ended up filming on a windy day. Even though we waited for gusts to pass before we filmed, we still captured a lot of wind noise. I found audacity to be really useful at fixing audio issues like this and there are a few tutorials on Youtube that supported me to use it effectively.

Garageband is also helpful to adjust the soundtrack of the movie once you are content with your video. I used what I had learnt in our Garageband PLG when working on the sound of this movie.