By Danni Stone - April 06, 2017
Teaching maths has been the largest challenge I have faced this term. I attempted to follow the problem solving approach, teaching half class mixed ability problem solving lessons 4 times a week, with one workshop. This had been an approach that we were taught through professional development last year and my school sought to continue. After struggling with this for the first seven weeks, I sent out a survey to determine what the students thought of our maths lessons. It was clear from the responses that the majority of students were unhappy. Some said that the problems were too easy, while others said that they were really struggling. I was having more behavioural problems in maths than in any other subject because of these emotional responses.

I then tried to offer more materials to my learners who were struggling and to run a longer warm up at the start of the session to explain the concept to them. This helped them a little but they lost engagement by the end of the maths lesson. I also tried to do something similar for the high achieving students but in the end I really rushed through the lessons, conscious that this was surplus to the 'main' lesson that I was running that day. 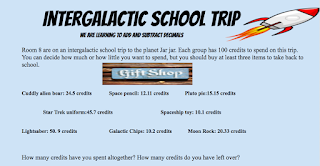 This was pretty amusing as I am about to start research looking at how teachers can differentiate their maths lessons in a mixed ability class. I was feeling pretty concerned, and I could even match my mistakes to those documented in the literature. However, the research inspired me to make a change, so I began to offer three workshops and got the students to opt in to at least one of them. This meant that I had enough time to cover the content at different levels of difficulty. Similarly, I  create different digital independent tasks and allow the students to choose which to use. 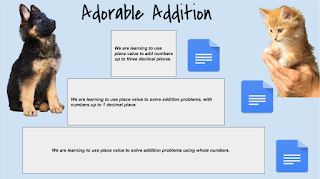 I run these workshops at the start of the week and ensure that they cover the concepts that the students will require to tackle the problem. I have also ensured that I have used open ended problems as much as possible, so that the students can alter the difficulty of the problem themselves. If I have to use set numbers in the problem, I will include the option to alter the numbers so that they are larger or smaller.